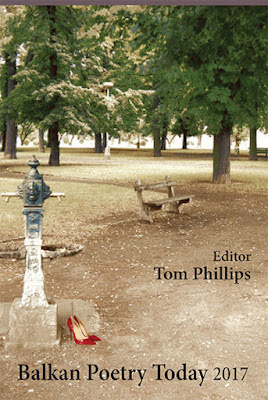 Now here's a thing ... Red Hand Books has just released the limited first edition print copies of 'Balkan Poetry Today 2017'. It features work by some contemporary 30 poets from a dozen countries across SE Europe translated into English - some of whom are being published in English for the first time. This issue also includes sections focusing on poetry from Bulgaria and Macedonia, as well as an essay about other recent translations of SE European poetry into English.
The idea for this annual publication probably originated about ten years ago when I first became interested in the region and realised that, despite the heroic efforts of a few individual translators and a handful of dedicated anthologists, it's still pretty difficult to track down English translations of contemporary SE European poetry. A decade of contact-making, chance meetings and quite remarkable coincidences and a huge amount of support from the publisher (Richard Eccles), the contributing poets and the translators later - and 'Balkan Poetry Today' has arrived as a 120-page volume with an e-book version to follow shortly. You can find out more - including who's featured in #1 - by following the Facebook page and Twitter @BalkanPoetryTdy A huge thank you from one very relieved editor to everyone who has helped to make it happen.
Posted by Tom Phillips at 08:41 No comments: 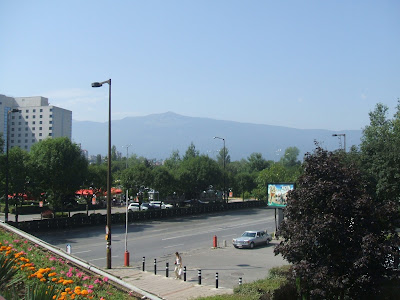 The empty geography
of a once crowded street
resembles a gallery
after it’s closed.

Who knows what
is going to happen?
I’m looking for signs
but none appear.
Silence embraces the world.

The lights change.
The traffic returns.
Noisily, angrily,
it rushes by
like ambulances
carrying pregnant women.

And then another pause,
a pause for thought, for breath,
and on the opposite pavement
a boy strokes the face
of his girl –
they’re holding hands
in the shadow of the offices
where they work,
and carry on doing it
even when the skies open
and the rain hits the windscreen
of car after car.

Once again
the lights are changing.