It being the end of another year 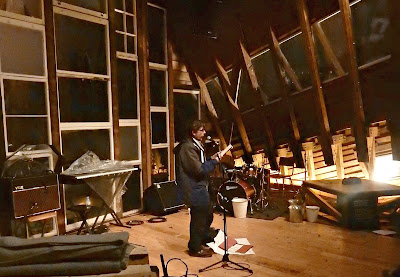 It being the end of another year of ups, downs and sideways shunts, here’s something by way of an overview. A perilous one, in some ways, 2015. The great summer of dearth wasn’t much fun, without work or prospects thereof, but then the twelve months as a whole weren’t so bad – at least in terms of having stuff to do and feeling like some of that might have been useful. Teaching settled in as part of the routine and there was just enough other paid stuff to keep the wolf from the proverbial. That said, the Tories getting back in and the racist hysteria over the refugee ‘crisis’ confirmed worst fears and the daily march to the newsagent to pick up fags wasn’t made any brighter by having to read the easy malice in the red-top headlines.
Personally, perhaps one of the highlights was starting to feel that banging on about getting more writing from SE Europe translated was bearing fruit. Both Modern Poetry in Translation and Raceme published translations of the Bulgarian poet Iliyan Lyubomirov this year and other irons are certainly warming up in other fires. In the autumn I joined the editorial team of the international poetry website Iris News – again mostly translating poetry from Bulgarian - while our online Anglo-Bulgarian art/poetry collaboration Colourful Star notched up its 100th post and has been featured in both Iris News and Ink Sweat and Tears. It was also quite something to make my own publishing debut in Bulgaria, with the poem ‘Everything You Need for a Poem’ translated into Bulgarian by Yuliyana Todorova.
Elsewhere, it was also great to have some work published by Blackbox Manifold, Antiphon, Message in a Bottle and Black Sheep Journal – not to mention some psychogeographical rambling in Bristol 24/7 and Star & Crescent.
The best thing, though, was having been part of Theaster Gates’ project Sanctum. To be honest, when I first heard of it, I was deeply cynical (‘Yeah, yeah, American artist gets paid loads just to have an idea and we’ll get bugger all for providing the “content” – typical of the bleedin’ “content provision” mentality” ... etc etc), but as it turned out I couldn’t have been more wrong. As a space, it was great to perform in (despite the carefully deployed buckets to catch the rainwater) and I soon got to learn that whenever I turned up it was going to be different. Finishing a 20-minute set at 10am and finding that our neighbours across the street were in the audience – not having known that I’d be on or even knowing that I wrote stuff and read it out loud – was quite something – though not quite so much of a ‘something’ as meeting them a few days later on the street and discovering that they’d become ‘addicted’ to the strange unfurling endlessness of this ongoing project. I was lucky enough to be in on Sanctum’s last 30 minutes – the ensuing silence after so many days of non-stop performance was quite something as well.
Next year, then, there will be stuff. There will be translations and collaborations, there will be arguments and advocacy. There may well be books and anthologies. There will almost certainly be conferences, meetings and Skype calls. There may even be cricket in the Balkans.
Posted by Tom Phillips at 15:57 No comments: