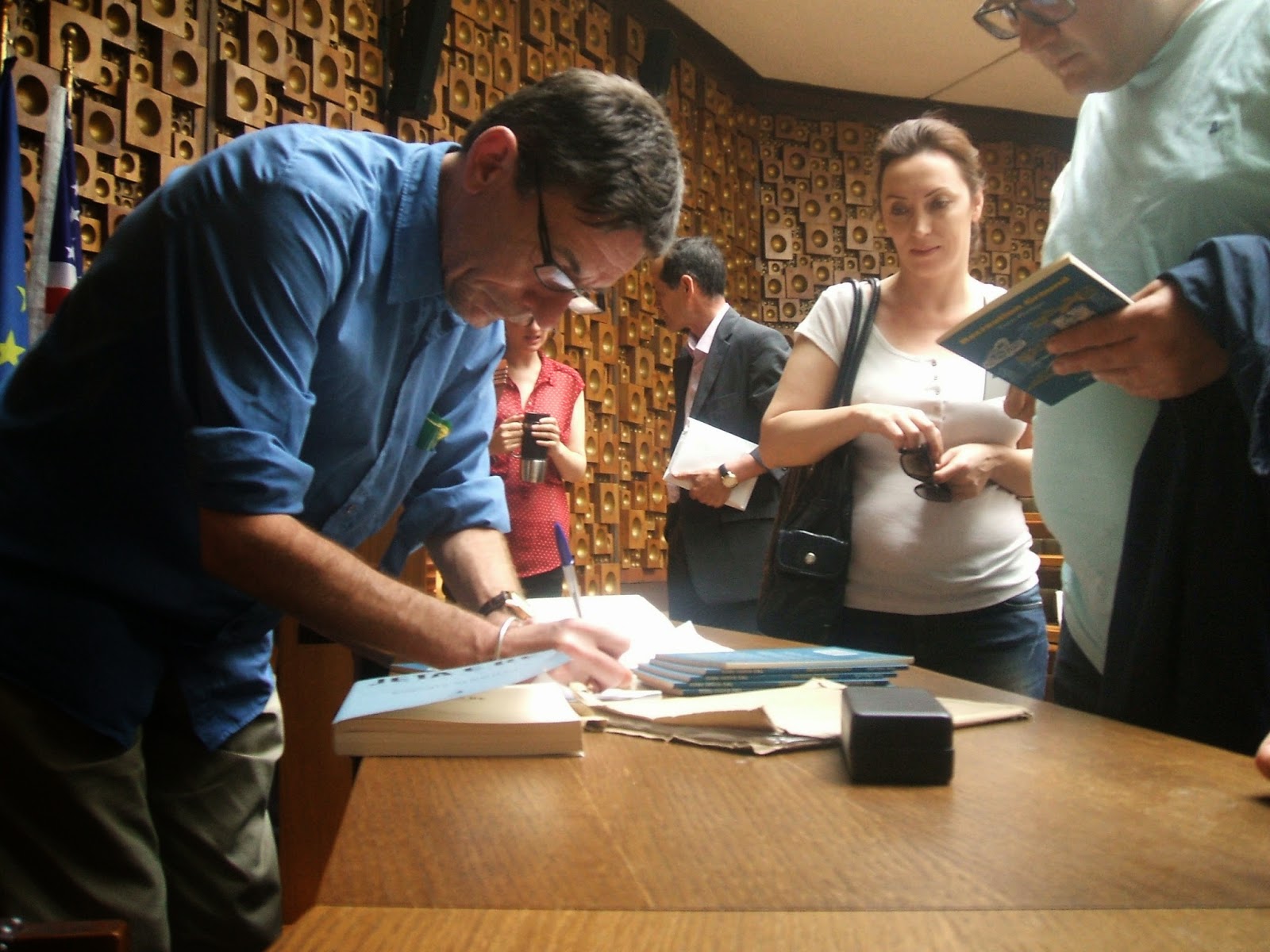 This year has been pretty quiet on Recreation Ground, but there are reasons for that. At the beginning of 2014, I was a virtually unemployed sub-editor with time on my hands and the prospect of a rather cheerless January ahead. Then things started to happen.
One night I set up a group on Facebook as a possible space for the writers and artists I’ve met in SE Europe to discuss a putative cultural exchange project. Within only a few days, this was populated by more than seventy people in half-a-dozen different countries and plans were underway for a first exchange visit. This took place in June when, thanks to Arts Council England and the British Council, I got to spend an extraordinary week in Prishtina, hosted by the Club of Kosova’s Writers and coordinated by my dear friend Adil Olluri. Not really knowing what to expect, I was overwhelmed by the energy and enthusiasm of the poets, novelists, playwrights and theatre directors I met. Together we spent long days discussing translation, collaboration and exchange – or, often as not, comparing our experiences as artists in the UK and Kosova. Since then we have continued to work together and the fruits of this first project should emerge in 2015.
On another day in January, my Bulgarian friends Marina and Vasilena Shiderovi and I launched the online project Colourful Star – and every Friday since then we’ve made a collaborative post, usually in the form of a painting by Marina with a poem by me (for the most part in English, but when I’m feeling brave in Bulgarian too). It’s a project about finding common ground and, again, we have plans for developing it in 2015. Marina and I also now work together on children’s stories – the first one of which, ‘Nicholas – The Stolen Reindeer’ – was released as an app last week.
Meanwhile, this year also saw me begin working with two Bulgarians in Canada on the English translations of poems by Iliyan Lyubomirov (aka Augustin Gospodinov). Published in the autumn, his debut collection has become one of the most successful books of Bulgarian poetry since the end of communism. Again, we’re hoping that 2015 will see our translation of the whole book published.
At the same time, I’ve had the good fortune to work with Theatre West again (and with the Tobacco Factory) on ‘Coastal Defences’, to climb Mt Lovcen in Montenegro thanks to a conference at the University of Niksic, to spend another three weeks in Vermosh in northern Albania with the Balkan Peace Park Project, to be an attendee at the birth of Bristol 24/7, to be hired as a tutor by Bath Spa University and to see my daughter graduate with a first. Not to mention that I turned 50 and celebrated 25 years of marriage to Sarra.
This is not supposed to be a ‘look at me, I’m enormous’ moment (although, somewhat inevitably, it will look like that), but rather an acknowledgement of the openness and welcome with which these various unlikely proposals and schemes have been greeted.

A very happy Christmas and New Year to one and all.
Posted by Tom Phillips at 10:47 No comments: 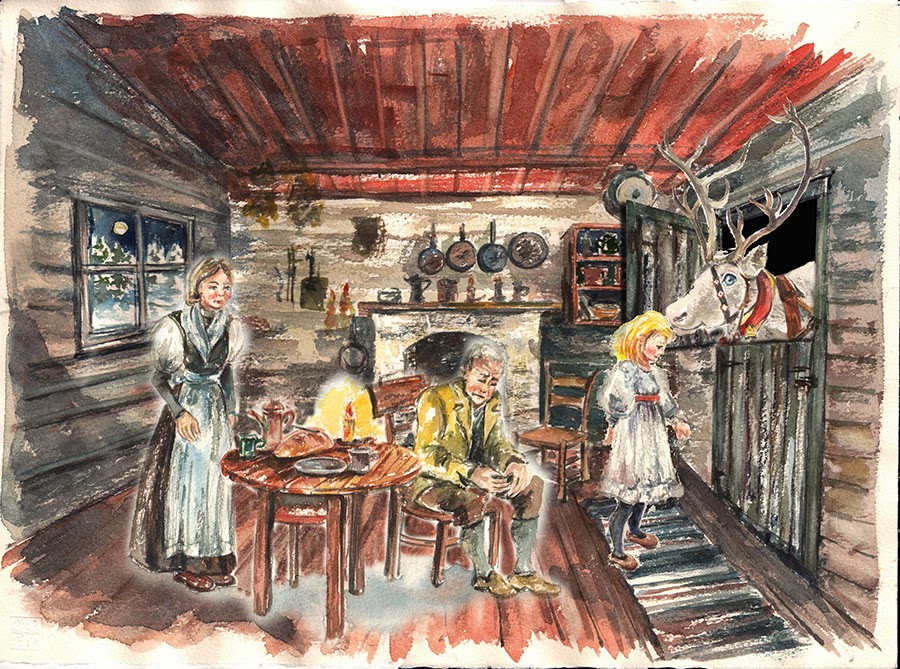 My collaborator on the Colourful Star project, Marina Shiderova and I are also working together on multimedia children's stories - and the first one has been published as an app in time for Christmas.
'Nicholas - The Stolen Reindeer' is a seasonal adventure about Mary Torpipit - a little girl who lives in the mountains and who finds herself having to set out on a quest to save Christmas.
As well as Marina's illustrations, the story includes animation, music and a voice over (in the English version, recorded by Lydia Blakemore Phillips).
There are more details and information about how to buy the book here.
Posted by Tom Phillips at 05:17 No comments:

Colourful Star, the Anglo-Bulgarian online project I run with Marina and Vasilena Shiderovi, has reached its fiftieth post. Over the course of this year, we've been posting paintings and poetry every week, with a view to creating dialogues and celebrating common ground between artists and writers in different countries, different cultures - and, indeed, different generations (me being the oldest by a long way!) Sometimes these collaborations have been occasioned by anniversaries or holidays; at others they have reflected aspects of Bulgarian history or folklore; at others again, they've brought together an image from rural Bulgaria with a memory from growing up in England. Occasionally, as with today's post, they've been bilingual and included a text in both Bulgarian and English. Click here to link through to our site:

Posted by Tom Phillips at 07:55 No comments:

At the check-out they were saying
that the price of goods was related
to what’s being charged for those
who may have arrived late
or early – depending on how you look at it.

All that’s good about England
is reduced to everything
that’s not shouted at a till.

It’s not much, but I’m sure
that you’ll tell me
that what I’ve said so far
is counter-productive.

I’m trying my best –
and watching people
hand over cash, take home
these gallons of milk,
the plastic bottles
containing something
which, indisputably, they need.

Posted by Tom Phillips at 11:20 No comments: